It was a record year, but the volume remains marginal.

Hydrogen fuel cell cars, an alternative zero-emission solution for battery-electric cars, made us skeptical since the early beginning due to a variety of issues (price of the car, overall energy efficiency, and lack of refueling infrastructure to name the three major ones). 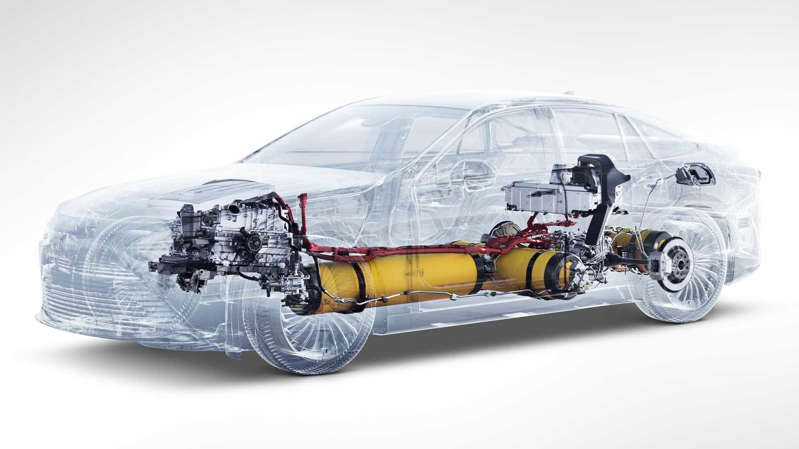 As years pass by, let’s take a look at the sales results of hydrogen fuel cell cars (aka FCV or FCEV) in the U.S. (actually in California, where the few available models are sold). Is there any progress?

The year 2020 was pretty weak for FCVs as only 937 were sold (down 55%), according to the California Fuel Cell Partnership.

The California Fuel Cell Partnership’s FCVs sales data comes from Baum and Associates. “Sales data is based on car sales sold by a dealer to a retail or fleet customer”.

The growth rate is high, but it’s always easy from a low base. The volume, although at a record high, remains very low. It’s now more than 100 times behind battery-electric cars, which are sold at a rate of several hundred thousand per year in the U.S.

© Provided by Inside EVs external_image

The growth in 2021 is associated mostly with the push from Toyota and also Hyundai. Toyota Mirai specifically noted 2,629 sales in the U.S. which is 427% more than a year ago. It’s also nearly 79% of the total FCV segment.

Sales in 2021 (Mirai and NEXO sales as reported by the manufacturers):

As we can see, over a decade now, the few Japanese and South Korean manufacturers are fighting the hydrogen battle alone and still only on a very limited scale in California (only selected dealers, single model per brand).

© Provided by Inside EVs external_image

As of January 31, 2022, the number of open retail hydrogen stations in California stood at 48, which is just 5 (or 12%) more than a year ago on January 20, 2021. 12 new stations are under construction. See the full list of hydrogen infrastructure here.

A quick calculation reveals that there are 256 cars per single station (cumulative sales divided by the number of stations). Although, it might be much less if some of the early cars were removed from service.

The viability of FCVs remains doubtful, and with the tremendous progress of the mainstream battery electric vehicles, the race might already be over. In the early days, at least there were concerns about BEVs range (100 miles), charging times or fast charging infrastructure, but today, with many 200- or 300-mile BEVs and thousands of charging stations, those issues are gradually being solved.